The updated data reflects the fact that people are living longer. The resulting calculations mean that retirees may keep larger amounts of assets in their retirement plans.

Certain account beneficiaries are also impacted by the new tables.

The SECURE Act requires many beneficiaries to distribute retirement funds by the end of the 10th year following the account owner’s death. However, some beneficiaries are still able to calculate RMDs based on their remaining life expectancy. These include spouses, eligible designated beneficiaries (EDBs), and those who inherited an account from an owner who died prior to 2020. 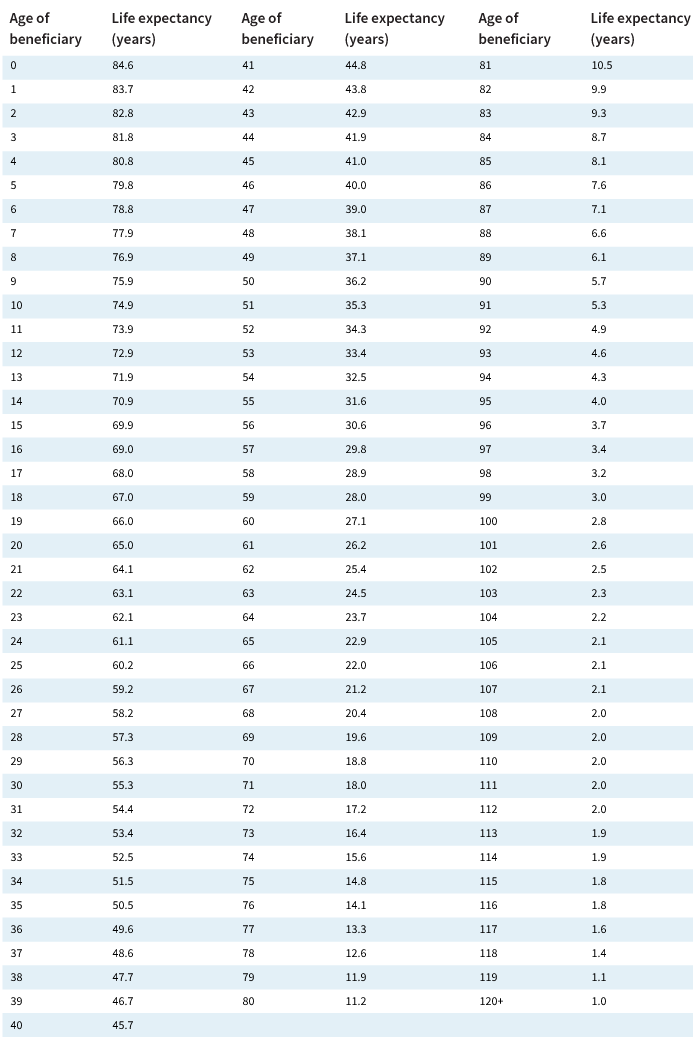 How are RMDs calculated?

Beneficiaries of retirement accounts must generally use the single life expectancy table, which will result in a higher distribution amount than the uniform table.

It is important for individuals taking distributions on inherited accounts to be aware of the new rules so they’re not taking out more money than required, which may result in a higher tax bill. The rules can be complex, and individuals with inherited accounts may want to consult with a professional advisor.