Americans are on track to save 61% of current income in retirement, according to Putnam’s latest Lifetime Income ScoreSM survey. The study also found that those best positioned for success shared these characteristics:

Conducted with Brightwork Partners and introduced in 2011, the Lifetime Income Score calculates the income level that households are on course to generate in retirement. The 2013 survey included more than 4,000 working Americans.

Scores represent the percentage of current income the household is likely to replace, including projections for Social Security. Some households had scores above 100. 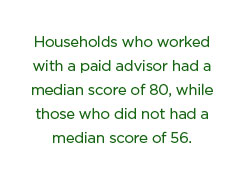 Those with an advisor also tended to have higher incomes and greater investable assets. However, when all other key factors were held steady, including household income, investable assets, savings rates, and demographic conditions, simply having an advisor raised the score by 9.6 points.

Advisors also contributed to confidence about choosing investments in defined-contribution plans. Advised households were more confident about their allocations to stocks, bonds, and cash, than households without an advisor. 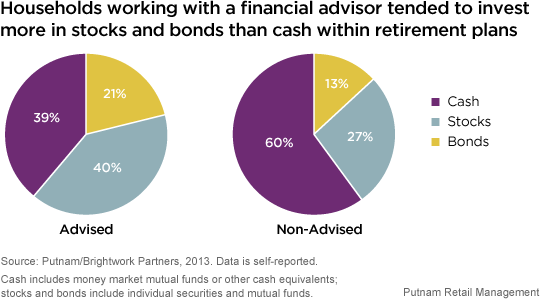 Advice can have benefits for investors. Professional advice can help both with the practical strategies for a successful retirement and with providing the confidence that helps investors commit to a long-term plan.