With tax season here, taxpayers and certified public accountants will be calculating taxes under the new tax law for the first time.

The big question for taxpayers is “How will the new law impact my tax bill?”

A significant concern among investors is the limit or repeal of many popular tax deductions. At the same time, tax rates are lower, the standard deduction has nearly doubled, and most taxpayers will not be subject to the alternative minimum tax (AMT). 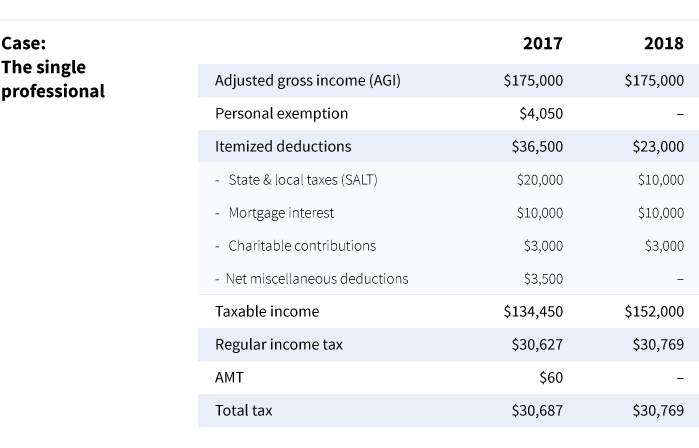 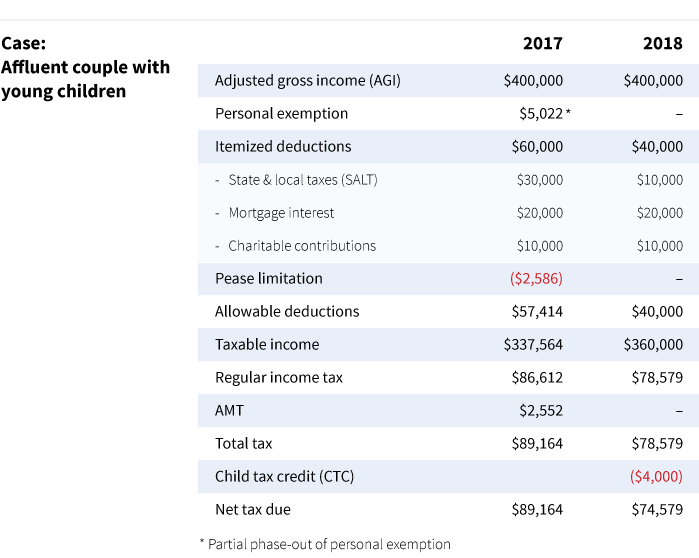 Even though personal exemptions and deductions are scaled back, these taxpayers benefit from lower tax rates, no AMT, and the expanded child tax credit (CTC).

Although the personal exemption is lost, the couple benefits from a near-doubling of the standard deduction and lower tax rates. 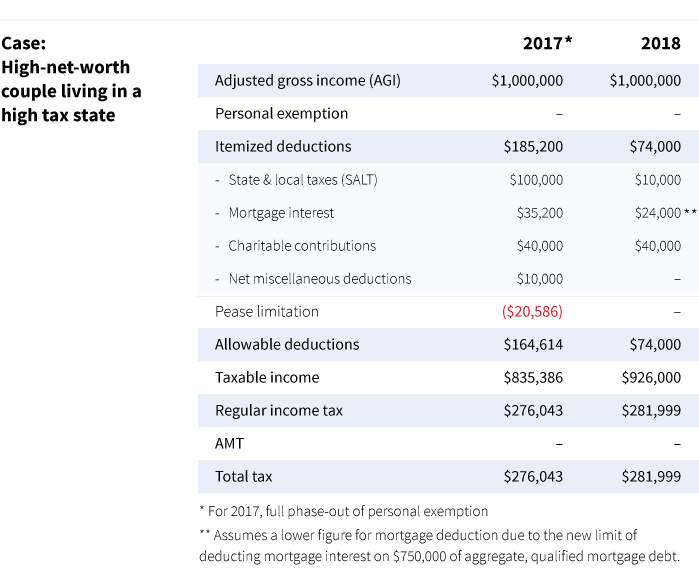 Although tax rates are more favorable under the new law, the taxpayers’ taxable income increases significantly in 2018 due to the scale-back of popular deductions.